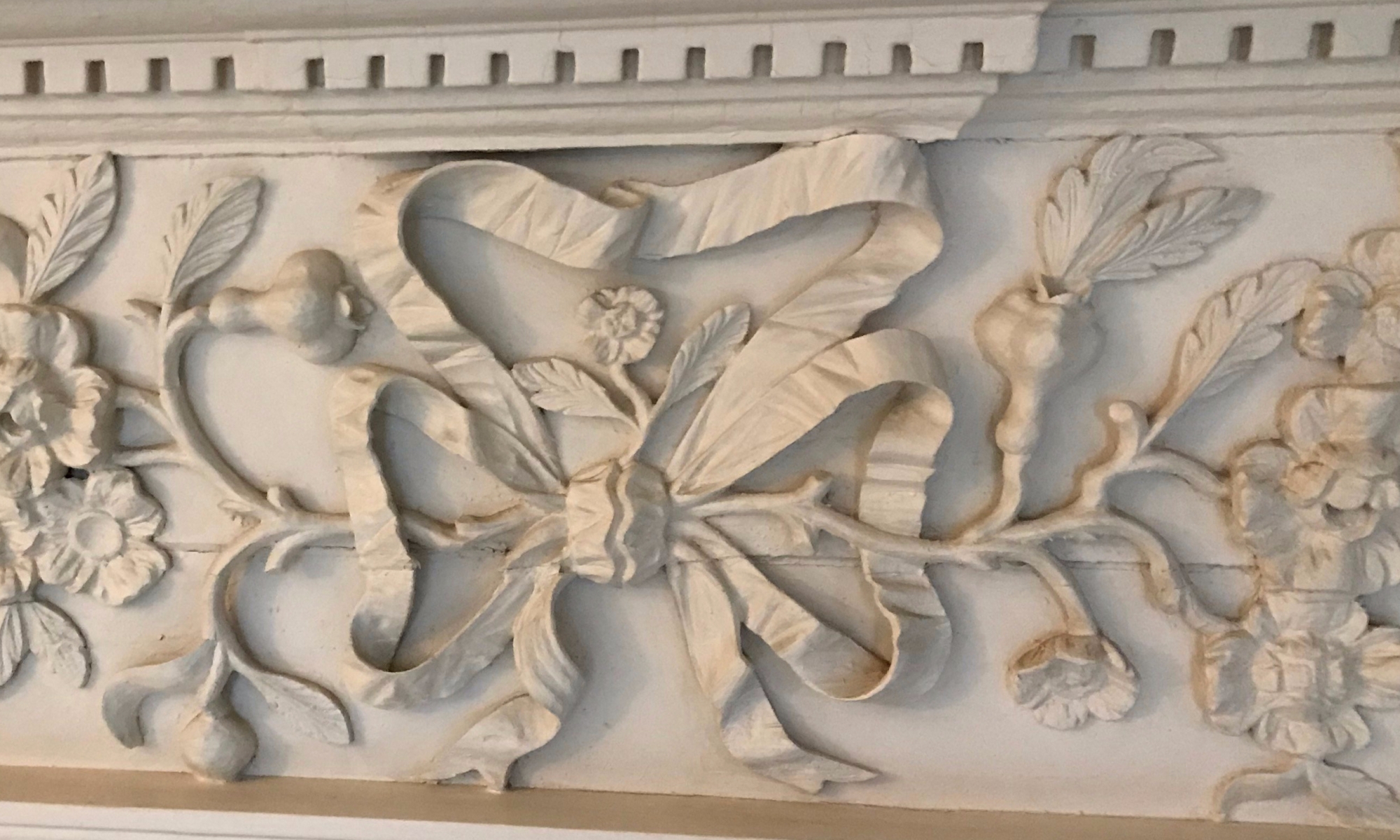 The carving shown here is in the Chase House in Strawberry Banke, a unique museum in Portsmouth, New Hampshire that preserves the 300-year history of a waterfront neighborhood. The carving is attributed to ship carver Ebenezer Dearing and is in the formal parlor. The rest of my family toured the house while I examined this carving. It’s carved in White Pine, almost certainly carved as a separate unit on a temporary base. Once carved the artist removed it from the temporary support and undercut or “backed” the ribbon work so that it appears to be free of the surface beneath it. After finishing, it was added to a flat ground piece that comprises what I’d call the under mantle. I can’t tell if the piece was originally painted or left in its natural color.
The carving was probably done in the mid-1760’s when Dearing owned the building and fits timewise fits into the Georgian Period for design. I invite a ton of criticism, but the undercut ribbon work and some other elements of the design suggest that earlier baroque design practices influenced the carver. That was why I poured through my carving books at home for similar models and not finding them looked online. I found only one that echoed the ribbon work.
After frustrating myself for several hours I went to bed, and like all too often, dreamed about the issue. In the dream, my old mentor Warburton was scoffing at me, and pointing out that the style or period of the piece mattered very little. “It’s the design intent of the artist that’s important. Whitespace Louis, whitespace”.
Later the next day while looking at the photos I realized that among the reasons I admired the carvers technique and design was because of his restraint in how he filled the space available. What is not filled with the design is as important as what is. Additionally, the design is well balanced as a mass within the tablet it occupies. Yes Mr. Warbuton, Whitespace.
I’ve always admired the virtuosity of the Baroque, Rococo and Neoclassical carvers. Well, to be fair I’ve envied their mastery of the craft. But, while respecting them, I never wanted to follow them. I’ve always found the majority of the work to be too crowded. And, that’s why I like Ebenezer Dearings carving. Proper use of whitespace.

I plan to contact the curators at Strawberry Banke about this carving and Ebenezer Dearing. I’ll update this post at that point. 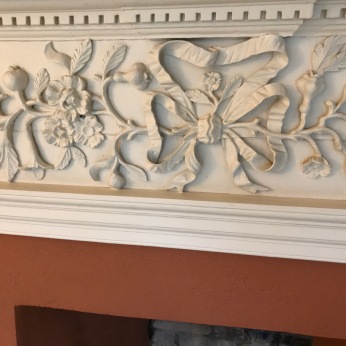 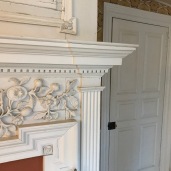 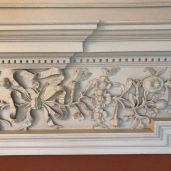 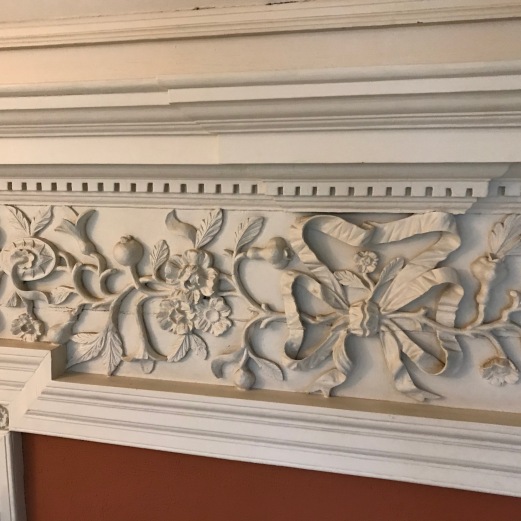