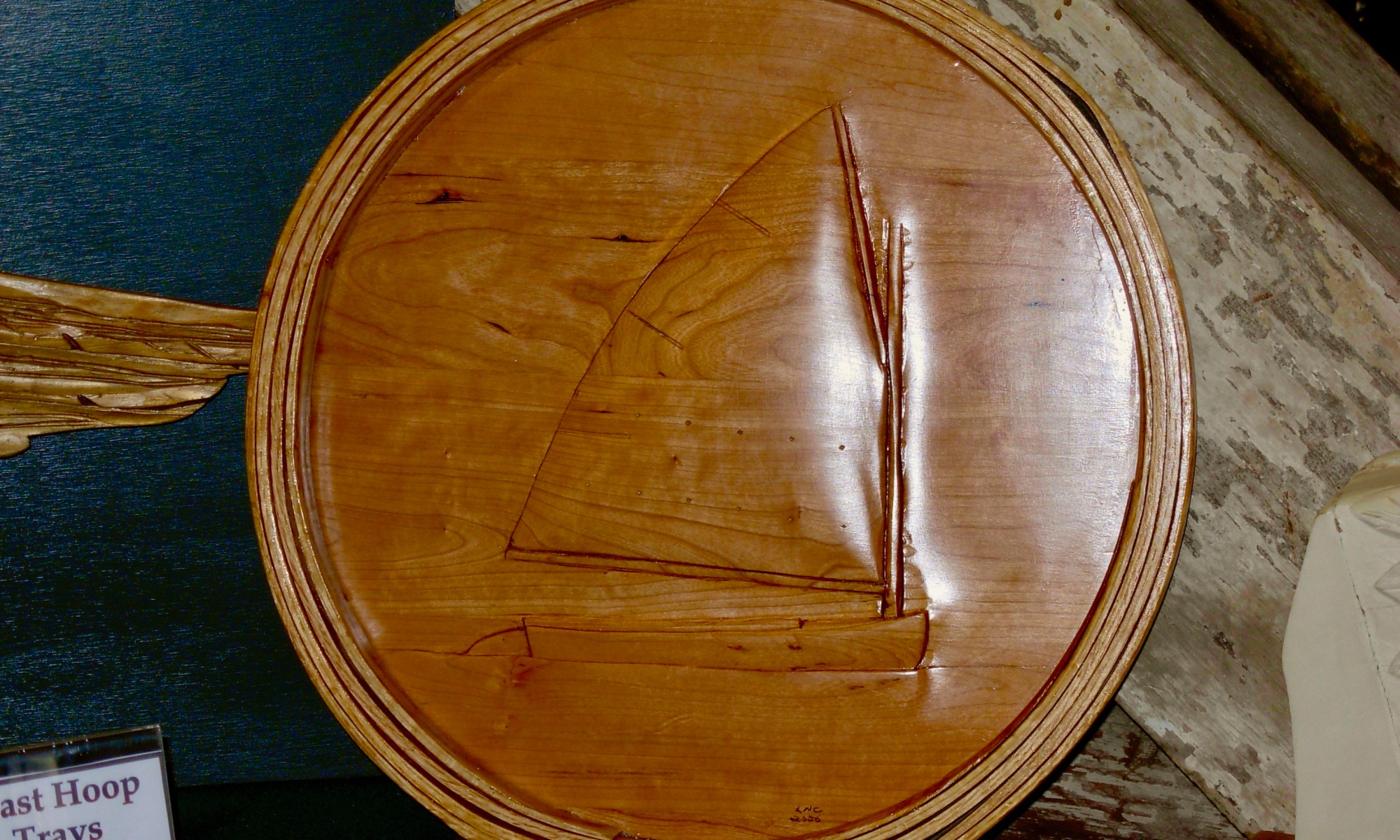 I’ve had friends who can freehand draw lovely circles, ovals, and curves. Not me. And, being that I enjoy carving boats, it’s probably just as well that I don’t try. If you’ve read my post on the concept of a fair curve you might remember that “boaty” types can get irritated by curves that their eyes perceive as being unfair.
Boat and shipbuilders tend to use a variety of techniques to generate fair curves. Watch a builder take measurements off a set of plans, and use a series of battens to create curves from the measurements and you’ll understand some of the processes used for full size. Smaller work like models call for a set of ships curves, sometimes referred to as Copenhagen Ships Curves. They are graceful curves that are not as acute as the better known French curves. a complete set includes fifty-six curves, but most sets for artists and modelers only contain six or so of the most useful curves.
Craftspeople, artists, and designers are familiar with French curves(1). Being that some French curves find their way into student’s drafting kits most people have an odd one or two around the house. A set of either ships curves or French curves are handy or indispensable for making sure that the curves in your artwork are kink free and fair.
Look at the photo I’ve provided, and you are not likely to confuse the two types of curve. Notice French curves are not as long or as gradual in curvature as the ship’s curve. Try laying out even a small model hull with a French curve, and you’ll wind up making adjustments to fit that doesn’t look entirely fair. The longer more gradual ships curves are better to use.

I am currently using ships curves to draw in plate lines on an iron hulled Cunard liner of the 1890s. I found a nice gradual curve which almost exactly matches the plate lines on the ship. It makes my prep work easier. Although some of my lines will be carved away as I recreate the hull in modeled wood I’ll be able to restore the lines from reference marks I’ll leave behind.
If you run into a curve that you need to duplicate but can’t find a corresponding curve for you may need a flexible curve. Flexible curves have a lead core encased in a rubber or vinyl casing. You just bend it to shape. The lead core is flexible and takes the desired bend; even if it’s very sharp. On either side of the lead, there is a spring steel strip that helps the curve hold its shape when you remove it from the original. I’ve seen these available in twelve and twenty-four-inch versions.
Larger, but harder to find are blending curves. These resemble a stack of thin pieces of plastic strips inside a transparent plastic sheath. The plastic strips slide inside the sheath and allow you to make reasonably shallow bends to approximate transitions in curves. The one I own is thirty-six inches long. It’s my understanding that longer ones used to be available for boat and shipbuilders, but I have never found them (2).
If you are a crafter, a visual artist, model maker, carver or painter all of these curve producing tools can be valuable to have in your kit or your shop. Prices for everything other than blending curves are very modest, and you do need at least a modest set of curves around your shop!

1.) Some of the sources I’ve read suggest that a mathematician by the name of French originated the curves, so I have capitalized the proper noun. There are several other origin stories for Franch curves, and for Copenhagen curves. There might be a bit of folklore in some of this.
2.) The longest I’ve seen available are forty-eight inches in length and made by the company that made mine; Acu-Arc.

One Reply to “Curves – beyond the French curve”