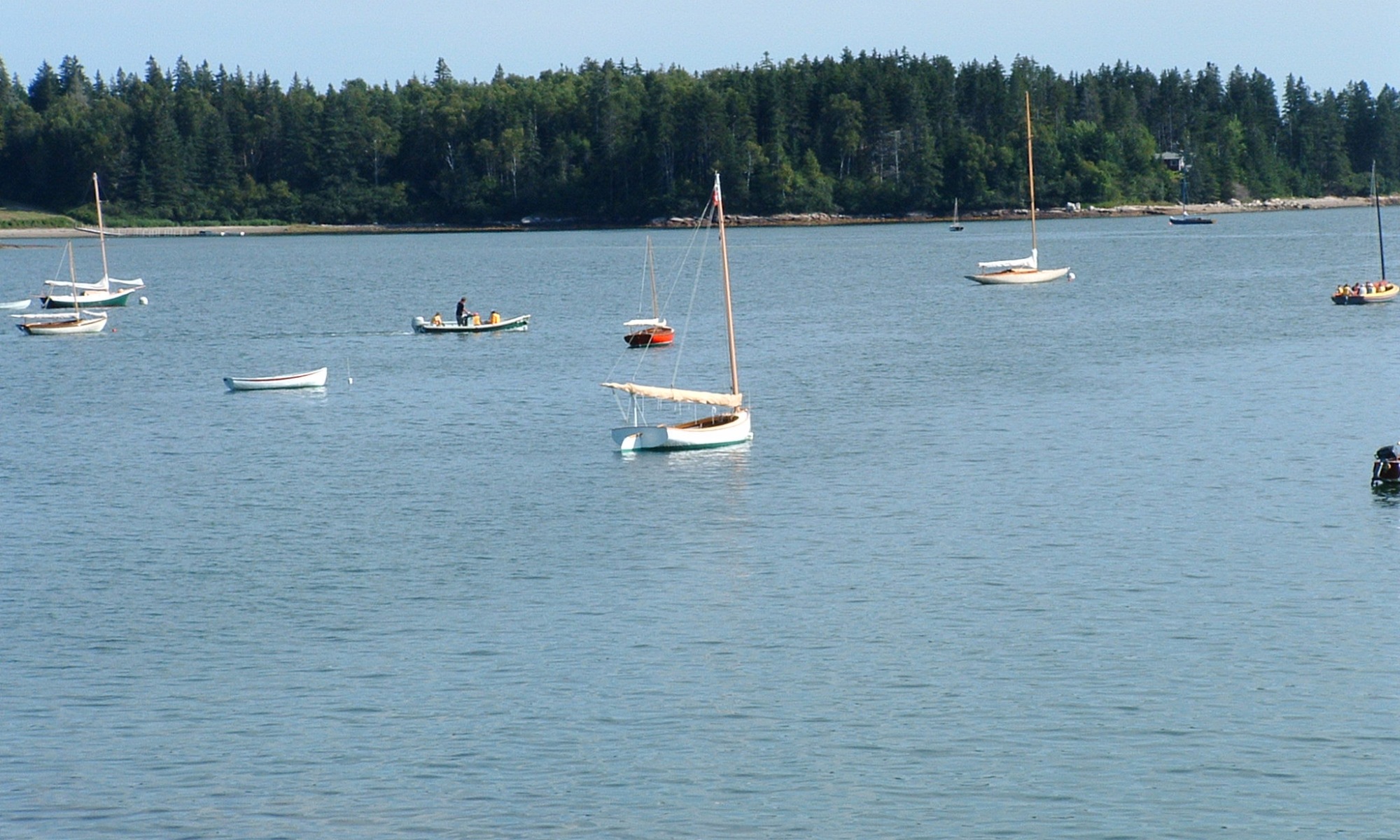 Sufficient unto the day is the evil thereof. It’s not like I’d ever have picked up this and other semi-Biblical quotes growing up in New York City. So, people who don’t know much of my history wonder about the odd turn of phrases that I use: ‘goin ’round Robinhood’s Baahn to get somewhere in a roundabout fashion, and Goin’ over town, to go into town. There are probably so many of these that even I would not be able to pick them all out.
All of these verbal seasonings originate from the coastal Maine exposure that I had in the late sixties and early seventies; Midcoast. I was frequently the recipient of lectures in which these sayings were used as capstones on discussions as though just saying ” sufficient unto the day is the evil thereof” was enough proof that whatever I had suggested was sheer idiocy. These pronouncements came, by and large, from Captain Farmer, my father in law. But, they could slip out of the mouths of my wife, who was a faithful daughter, my mother in law, or another family member.
By an osmotic process over the years, I absorbed and began to use these aphorisms. Soon I could spout “The harvest is past, the summer is ended, and we are not saved” along with the best of them. I was careful not to turn this newfound ability onto Captain Farmer though. A very junior son in law was to be seen, not heard.

Spring on the coast was time to haul Captain Farmer’s 34-foot ketch. An older wooden boat that was always behind in maintenance. She eternally needed new rails, repairs on the Detroit diesel, wooding and varnishing trim, painting, or hull work. It all needed doing before summer cruising could commence. I was the crew and apprentice; willing or not.
Not all of the Captains approaches were what I, being a good New York boy, would term Kosher. Over a few years, I’d seen the Captain throw in a few suspicious repairs. After working at a boatyard one summer, I’d picked up enough helping experienced ships carpenters that I then knew exactly how dangerous some of the Captains practices were. To be clear, I’d never doubt Captain Farmer’s abilities as a seaman. He’d worked under two prior generations of Master Mariners in his family, and the sea ran through his blood in time with the tidal ebb and flow through the Townsend Gut. His first voyage, at age nine, had been on a stone schooner under the command of his grandfather. Unlike many so-called captains, skippers and what have you, he was an authentic mariner.
But, like many of us, our confidence can spread into areas beyond our true abilities. That’s the way it was with the Captain. He “knew” everything marine. But, I’d seen him driving caulk into the leaking planks of a clinker hull that needed refastening; the caulk rapidly opened the seam wider. That and other mistakes lead me to begin questioning his grip on boat repair.
It came to a head one spring while we had Psyche hauled out for repairs. The foreman at the boatyard had alerted the Captain that one of the through the hull fittings was a candidate for replacement before it failed. The Captain decided that this was a job we could handle and off we went looking for a replacement. Eschewing the yard’s shop, we went on a search through all the marine part stores in the area before winding up at a marine salvage spot that was favored by the Captain. There he found the right mixture of availability and price; a used, ancient through the hull fitting that fit his budget.
I balked, while not old enough to have been used by Noah it certainly looked to be of 1940’s vintage. I mentioned this to the Captain. He replied that it was good enough for a few years service. Considering his answer, I thought about the cold waters off Sequin that we frequented, the faulty marine radio that you had to slap to get it to work, and the safety of the family on cruises.
So, considering all this, I readied my response to the Captain in Biblical terms: “Well, You can sin in haste, and repent at leisure then.”
Ahh, yes there were repercussions for my impertinence, but the sour look on his face was worth it all.