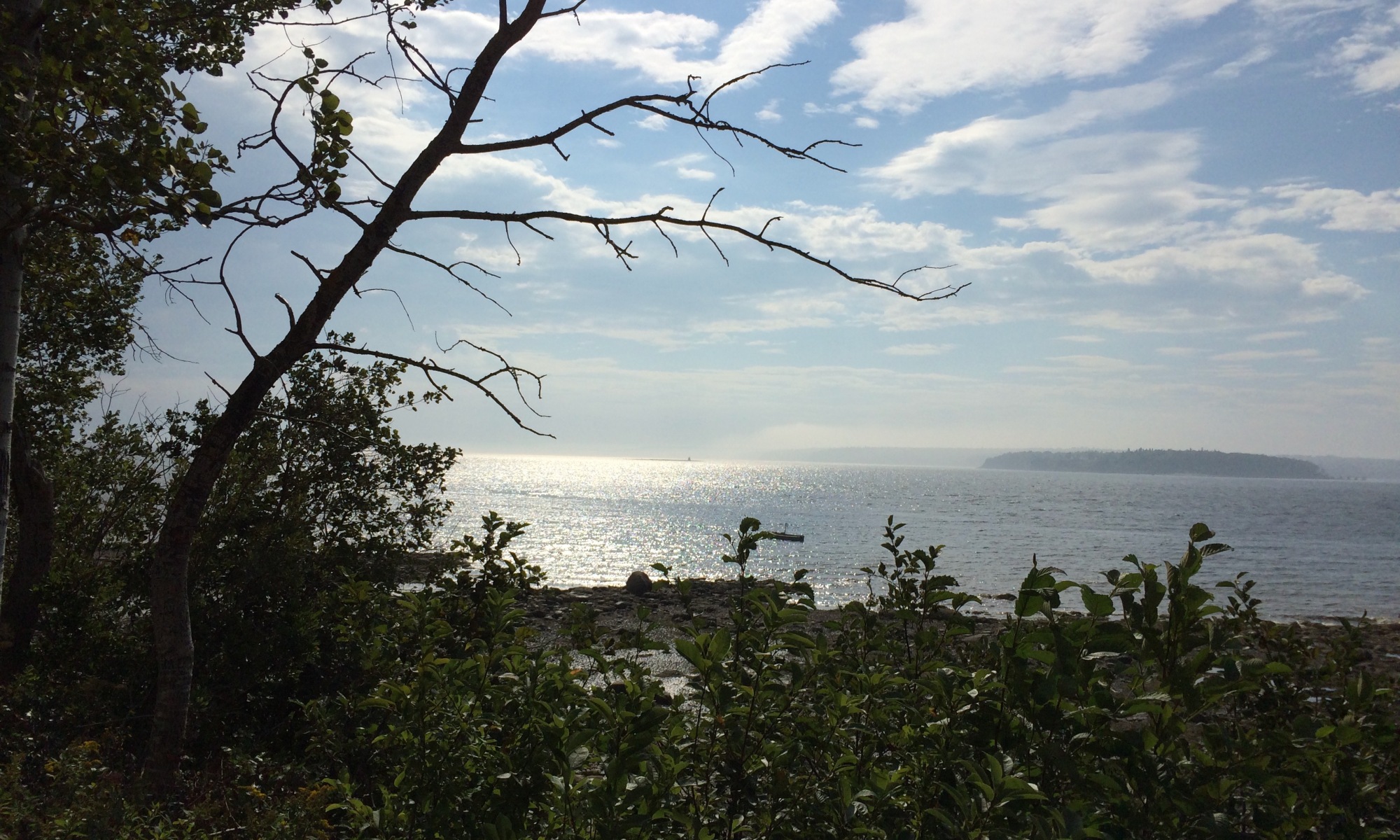 I replied that the worse thing was to have a Jonah aboard. This statement met with silence. Very little could be worse than having a Jonah on board. Into this void, I stepped.

It was just before my divorce, and I was still crewing for my father in law on Psyche. He agreed to have some friends of my wife up for a cruise down to Blue Hill and back home. Taking our time, two days out, and two back. But, accommodations would be tight. I’d be sleeping in the cockpit with my wife, the Cap’n, and the two guests below. After all, my wife refused to learn to dowse a jib, let go of the anchor or cook on the Shipmate stove. So, the crew – me- was needed.

All was fine until a line of squalls came through the first night, leaving me soaked through my foul weather gear. The anchorage was iffy, so while the four below played cribbage into the Middle watch I stayed in the cockpit. The next morning a halyard parted, and we had to rig a new one. The Cap’n ever the tightwad had thought he’d make it through the season on the worn out lines. That night a pressing reason was found why no one could relieve me in the cockpit. The wind came around from the east, and it was cold.

The next morning the Detroit Diesel was cranky. The Capn’ decided that while at Blue Hill to look into the problem. My wife and her friends went shopping. I stayed with the Cap’n in case he needed something. It looked like we’d be off by noon, so I went shopping for lunch fixings.

The mechanic fixed the problem but warned the Cap’n that he needed a full overhaul. That afternoon the sail to Rockland was right into a smokey sou’wester. No fun. Then the guests got seasick- from the chop I assumed. Getting to Rockland, the Cap’n decided on anchoring. The guests feeling better offered to help. Somehow the anchor, line, and all went over the bow, lost forever. Somehow the cable and line had come undone. We had no choice but to opt for a mooring. By the time we had moored, everyone wanted nothing so much as to go ashore and eat at a restaurant—a poor choice. The evening cribbage game was interrupted as the guests, my wife, and the Cap’n chummed the fishes with their Fishermans Platters. I had had steak and suffered no consequences.

Later, my wife started the accusations of having a Jonah aboard while looking directly at me. The Cap’n tried to silence this line of discussion before it went any further. But, the friends took up the cry of Jonah in support of their friend, my wife.

I doubt they understood what they were doing. Before too long, it looked like a screaming fight was going to develop. Everything that had gone wrong got laid at my feet in the next half hour. The Cap’n was looking grim and looked like he was losing control of the situation. Into that void, I stepped in. “Well, there’s only one solution for a Jonah. He either leaves the boat, or he’s put off the boat. If I’m such a Jonah, I’ll go. Grabbing my seabag, I got into the skiff, untied the painter, and rowed ashore. At this point, my wife seemed to realize that Daddy – the Cap’n- was now without a crew. ” But, who’s going to help Daddy?” Stealing a line from Gone With The Wind, I hollered back, ” Frankly, my dear; I don’t give a damn!”

I had a fantastic night in a motel, showered, and shaved. The next morning I ate at the Rockland Diner and put out my thumb to get home before they did.

My birthday present to myself that year was a bus ride from Wiscasset to Boston. It all ended in divorce, unfortunately. But, I’ve never been referred to as a Jonah since.

All this met with open-mouthed silence. One of my friends chimed in, “Wes accusing someone of being a Jonah is serious stuff.” To my right, my other friend added: “Accusing with no proof could imply that the accuser was the real Jonah.”

Accuse someone of having poor skills as a sailor. Accuse them of being a lousy cook. Accuse them of stupidity. But, the worse thing you can do is stick the Jonah label on anyone. It’s like a stripe of paint down your back. It holds and ruins your reputation.

2 Replies to “Heading For The Breakwater”