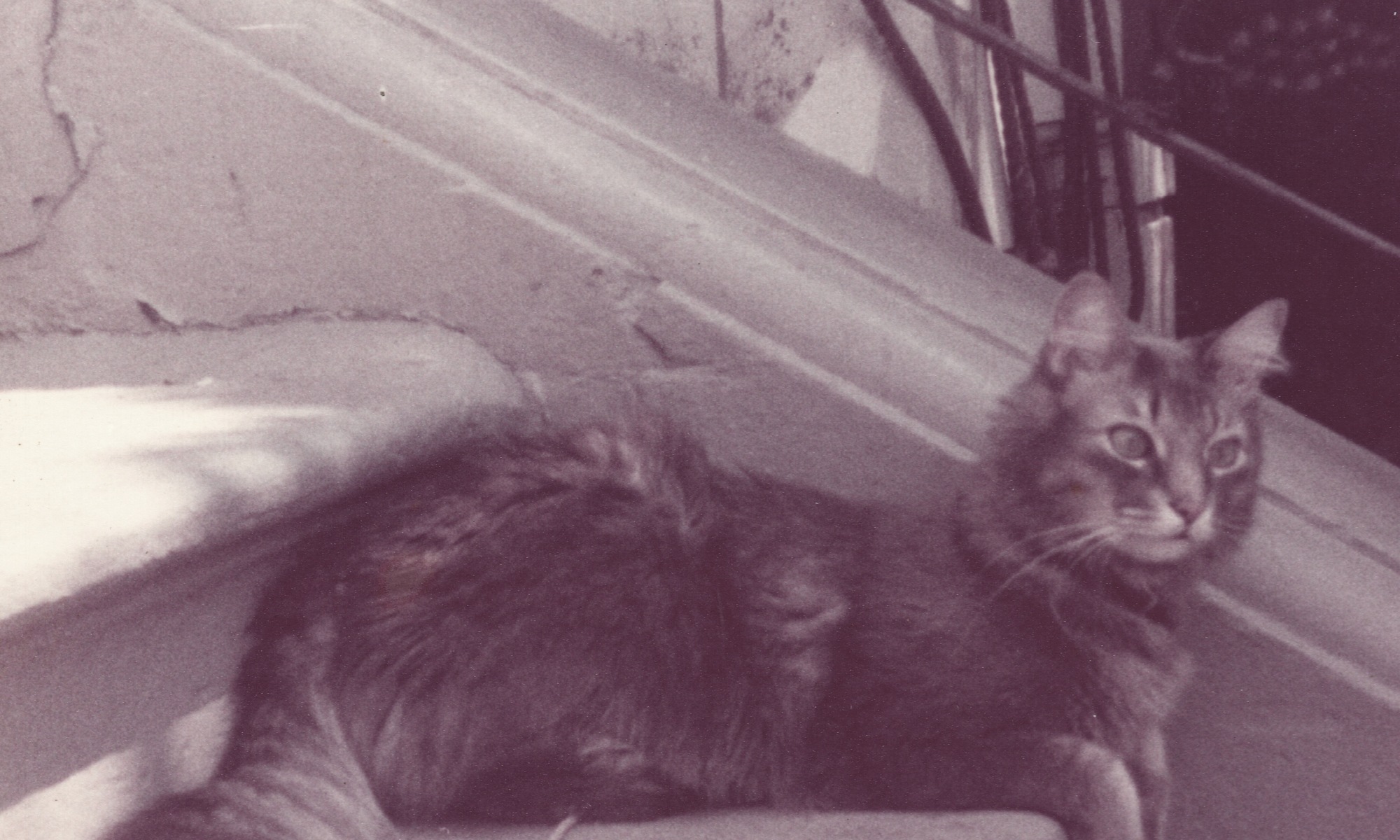 Don’t do that again.” Suzy’s boyfriend kicked at the Gray Menace. “whatcha gonna do? It’s just a cat?” “It’s not what I’m going to do; it’s all about what he’s going to.” My girlfriend laughed at a joke Suzy, the better half of Suzy and the Clown, told outside on the patio.
“So, what’s he going to do clean my clock?” At that moment, the Gray Menace launched his counterattack. Most cats attack foot or leg; my cat believed in terminal solutions and threw himself at the Clown’s face. The Clown lurched, avoiding a bit nose only by sacrificing a hand—the Gray Menace bit into the webbing between the thumb and first finger. Grabbing the opposing wrist, I used a wristlock to maneuver the Clown through the door. The Clown landed face down on the stones.
The women looked up. Suzy seeing beer and blood all over her boyfriend, gave him a look that shouted, “I just can’t take you anywhere!”

Fury, forgotten the Gray Menace, walked over to Suzy using Clown as a red carpet. Purring, he rubbed against her leg. Picking him up in an intense hug, she said, ” What a cutie, you’re just a love!”

One Reply to “Hell Hath No Fury…”