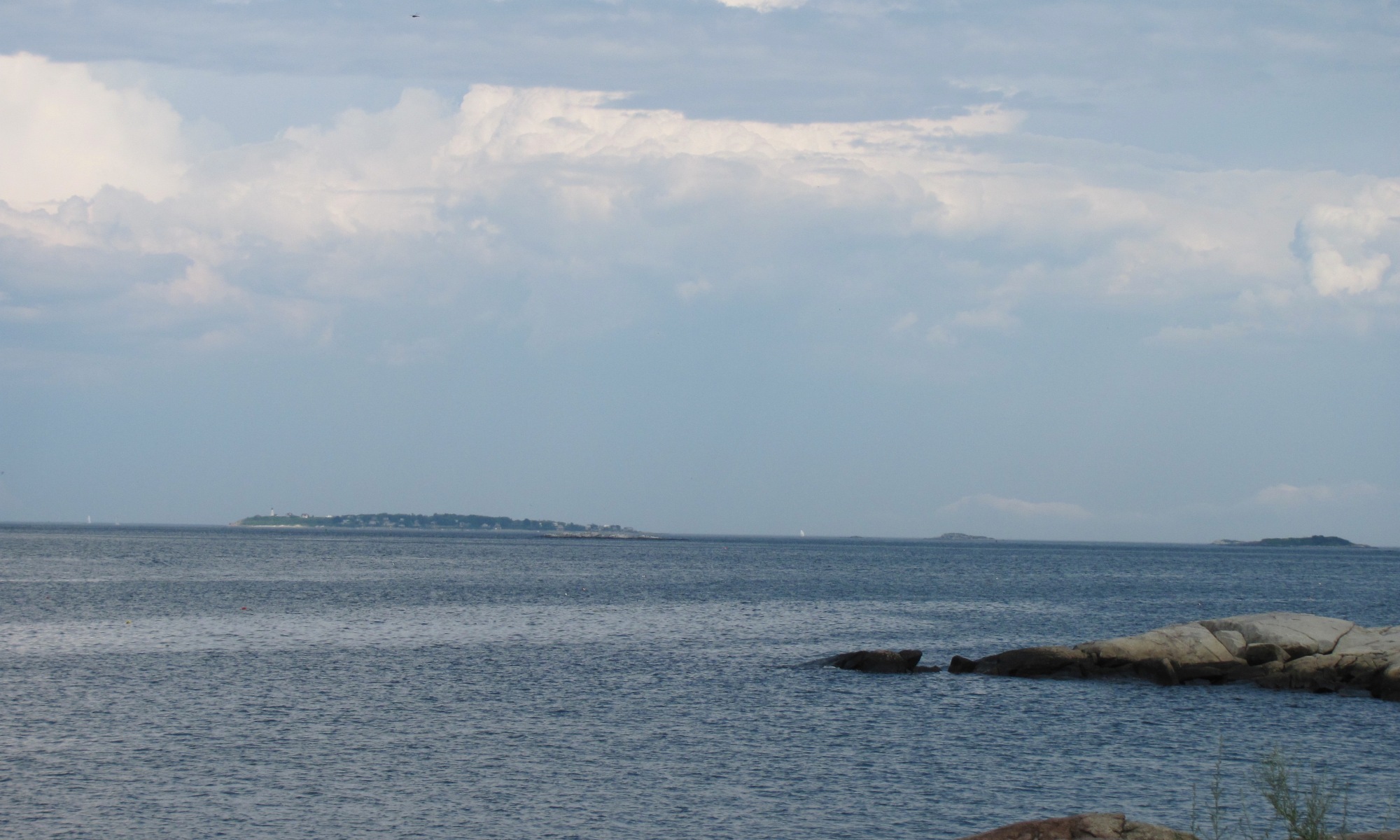 When the hotel closed for the season, we went our sperate ways. They went off to college, and I moved on to other “frolicking detours.”
I don’t think I ever expected to hear from them again. But just before Christmas, I got a call from the Teahead of the August Moon (self-proclaimed chief potentate of the Folkie Palace) that a package had arrived from Maine for me. That evening we all sat at our table in the Back of the Harvard Gardens drinking beer. My friend Bill handed me the package. After carefully removing the outer paper wrapping, I removed two protective cardboard panels to find a watercolor painted on heavy paper. It was the view from the top of the hill where the hotel sat. Looking west and south from the hotel were little arrows marking places like New York, Portland, and Los Angelos.
There was one arrow that was labeled “Wes’ Folkie Palace, Grove Street, Boston.”