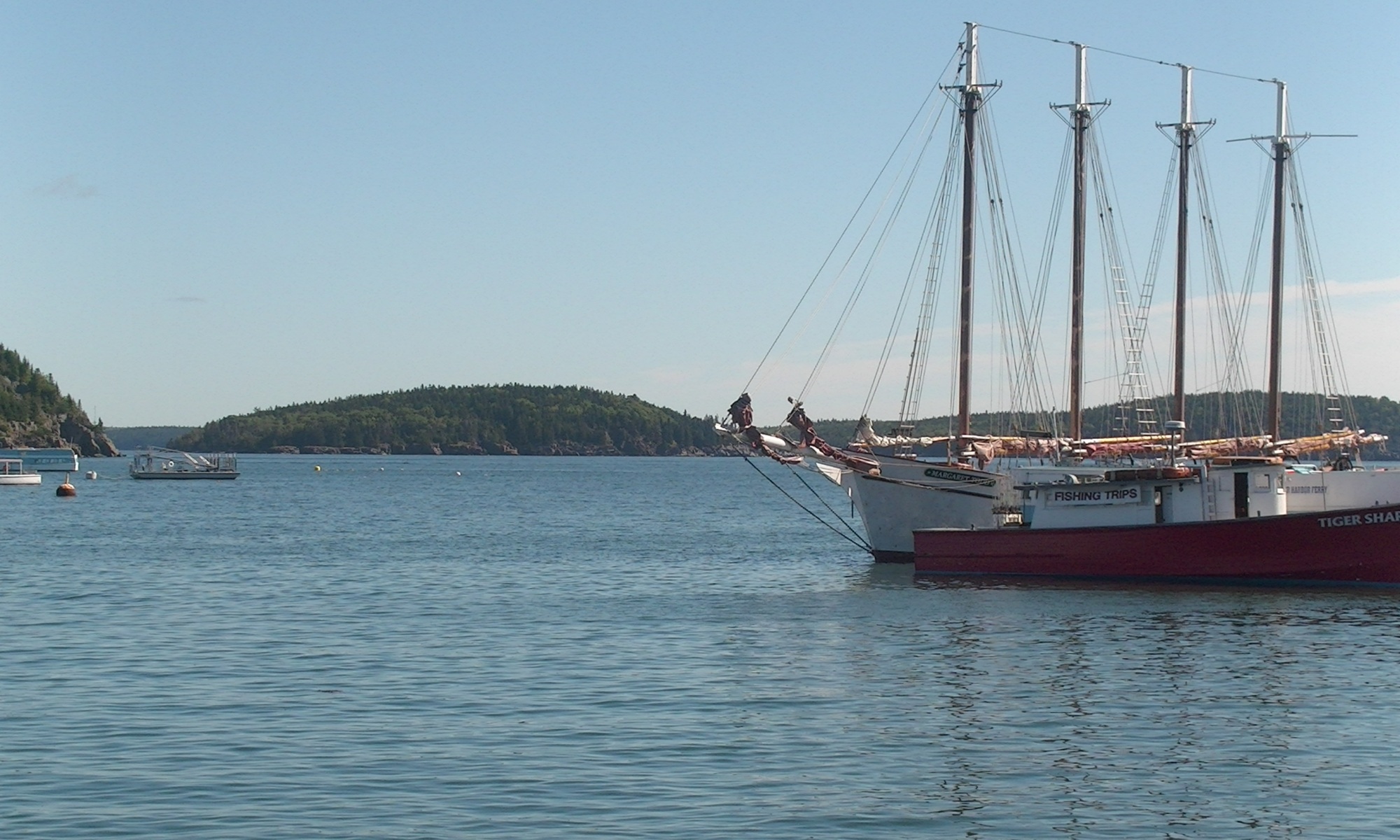 Manhattan, by and large, is a grid. Except for some of the areas in the south of the island, navigation is by right and left turns. Street navigation then breaks down into east or west of Broadway. Or into what area you are going to; Meat Packer’s district, Mid-town, the Garment District. The turns then followed by passages of long blocks.
On moving to coastal Maine, I discovered that adequate roads and bridges were modern phenomena. My father in law, the Cap’n, had vivid memories of taking ferries and small boats everywhere in the early twentieth century. There were many places without bridges, and streets and roads end at the water’s edge. In his father’s time, and his youth, a boat, not an automobile, was the essential item for transportation in many coastal communities. The Cap’n grew up with an oar in one hand and the sheet of a sail in the other.
Spend a few minutes with a map of Maine, you’ll understand better.
The cause of those long deep bays and river mouths was glacial advance and retreat. When people came along, they just had to deal with it. But, the waterways are like an obstacle course with obstructions to straight-line navigation. Ledges awash at low tide become capped by white water racing along their length. The parts just below the tide line are what will rip your hull open.

The Cap’n had spent most of his adult life out of soundings in merchant’s vessels. When he returned to home waters on retirement, he refreshed memories from a youth on the water. He could ghost along on light air in a deep fog using the sounds off the land and the currents of the tide to keep him from grounding on ledges.
The waters of the river, harbor, and coves were the streets. Once, we made a bet to see who could get to the next town the fastest. I drove; he rowed. Forty-five minutes later, I pulled onto the wharf, and he handed me my coffee. His time over the water had been about twenty minutes.
On Manhatten, you went uptown or downtown. On the coast of Maine, the Cap’n introduced me to a new direction of travel. We went over the water to the town. Or as the Cap’n said – ” we’ll go over town.”

Musings from the Mountains

Reflections from the Countryside

Our Little Patch of Woods in Downeast Maine