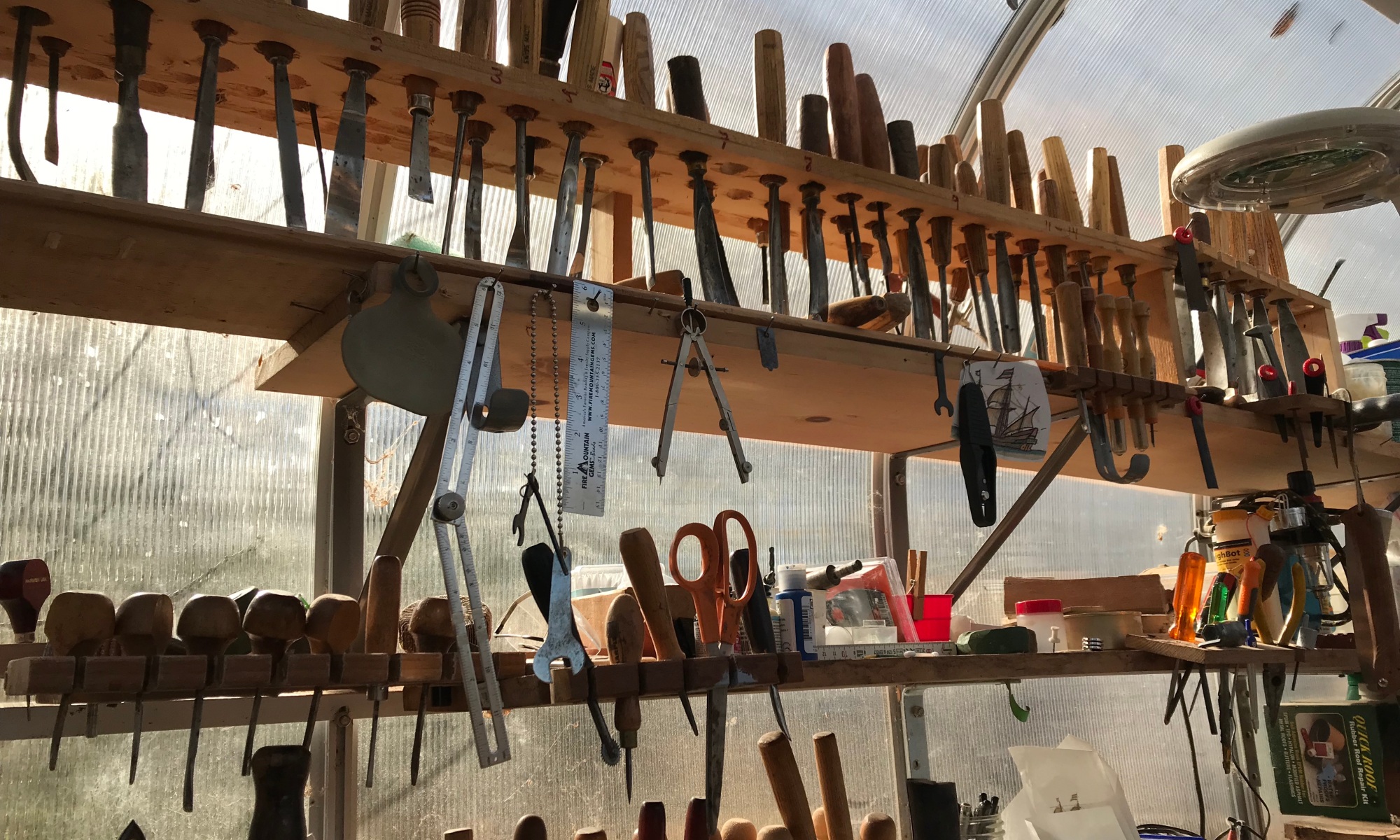 Sometimes having a small shop is a bit more than I can take. The Greenhouse workshop is eight by ten. Naturally, there are limits to how much can fit into this space. So a spot is saved in the basement for large tools: Bandsaw, laser, table saw, and such. Except, once things get prepped, off they go to the carving shop in all its eight by ten glory.
And that’s the bottleneck, especially in the winter.
During the summer, I can varnish and oil outside. But as seasons phase from one to another, finishing has to move into the greenhouse by late October.

Right now, all the Treen ( spoons, spatulas, forks, and cutting boards) are curing out there. There are about four signs in various finish stages, about twenty engraved bookmarks, and a small eagle waiting to have tail feathers carved.
I’ll allow there might be several other projects I’m not remembering. It’s not so much a loss of memory that makes me uncertain of what’s sitting in an odd corner; it’s as I said initially, sometimes having a small shop is a bit more than I can take. Or, actually, less than I need.

3 Replies to “Too Much, Too Little”