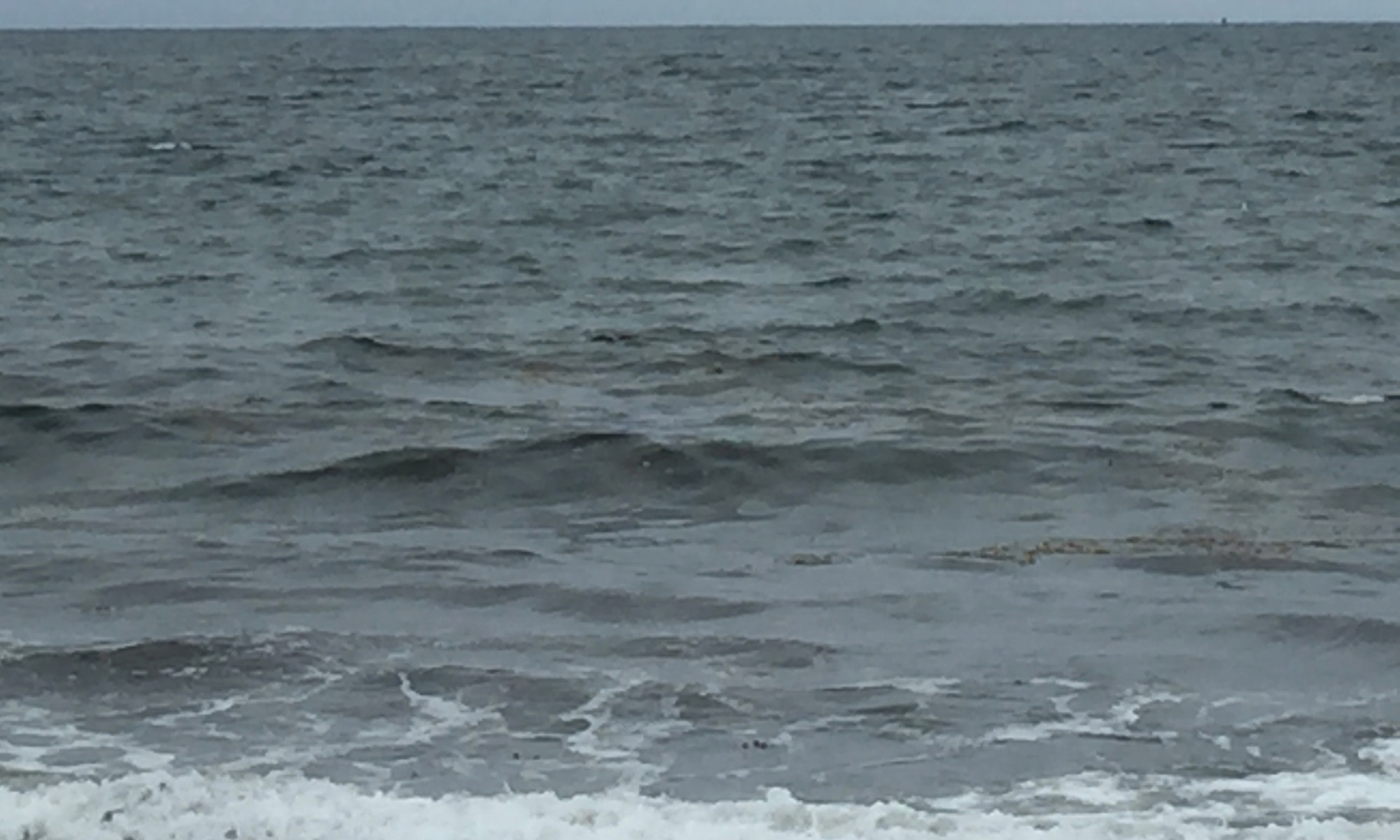 When you are out in a bad enough blow, there can come a moment when the distinction between the water and air becomes indistinct. The sea becomes as frothy as air, and your senses dislocate. If you’ve been smart, you’re secure with a lifeline that links you to the boat. If you’d been wise, you never would be out in it.

I was neither smart nor wise. The Cap’n had ordered me forward to “douse’ the jib and then reduce sail on the staysail. Under other circumstances, I’d done both operations many times. So I went forward, not thinking that the pounding of the storm and the whip that was the wind would exacerbate typically easy duties into near impossible ones. I made it to the foredeck and began fighting the wind to take in a jib sail that fought being taken in like a twisting serpent. Then, having gotten the sail tucked in under me – my only alternative – I huddled there as the ketch pounded in the sea, rose, and beat down again. I could feel myself rising off the deck with every alternating beat.
I secured the sail with a tangle of line and knots, not caring that later I’d take criticism for un-seamanly knotwork. I worked my way to the swinging staysail boom and began hauling down the sail. First, I had to depend on my remembrance of where the reef ties were located on the sail. Finding them, I began to reef the sail. The Cap’n didn’t want all the ketch’s headsails in – keeping a reefed staysail would help balance the already reefed mainsail.

Around me, I sensed a lull in the storm. I wondered what resounding lack of judgment had brought us out of a snug harbor on a day like this. Then I looked back to see the colossal grin painted across the Cap’n face, “you’ll never forget this sleigh ride, boy!” I didn’t grin back; I needed the energy to clamber back towards the relative safety of the cockpit. As I neared it, I saw the wide eyes of our two passengers. They had “chummed the fishes” much earlier in this expedition and now had a despairing look that said the sea could take them, and they would no longer care—another two potential crew who’d never again sail with the Cap’n.

When we returned to the cove, I helped our shocked passengers in the skiff and rowed them to the landing. After tying up, I sat and watched the patches of seafoam washing up on the little shingle beach nearby. They looked like surrealistic sculptures made from marzipan. The Capn’ joined me and handed over a cup of hot black coffee. “After this blows out tomorrow, it’ll settle in nice and steady. A perfect day to sail!” Tomorrow was Sunday. Spinney, a Deacon of his church, would have the boatyard closed for the sabbath; I couldn’t beg off and say I had work. So I smiled and said, “grumble, we may, but go we shall.” The old coot grinned at this; he’d make a seaman of me yet.